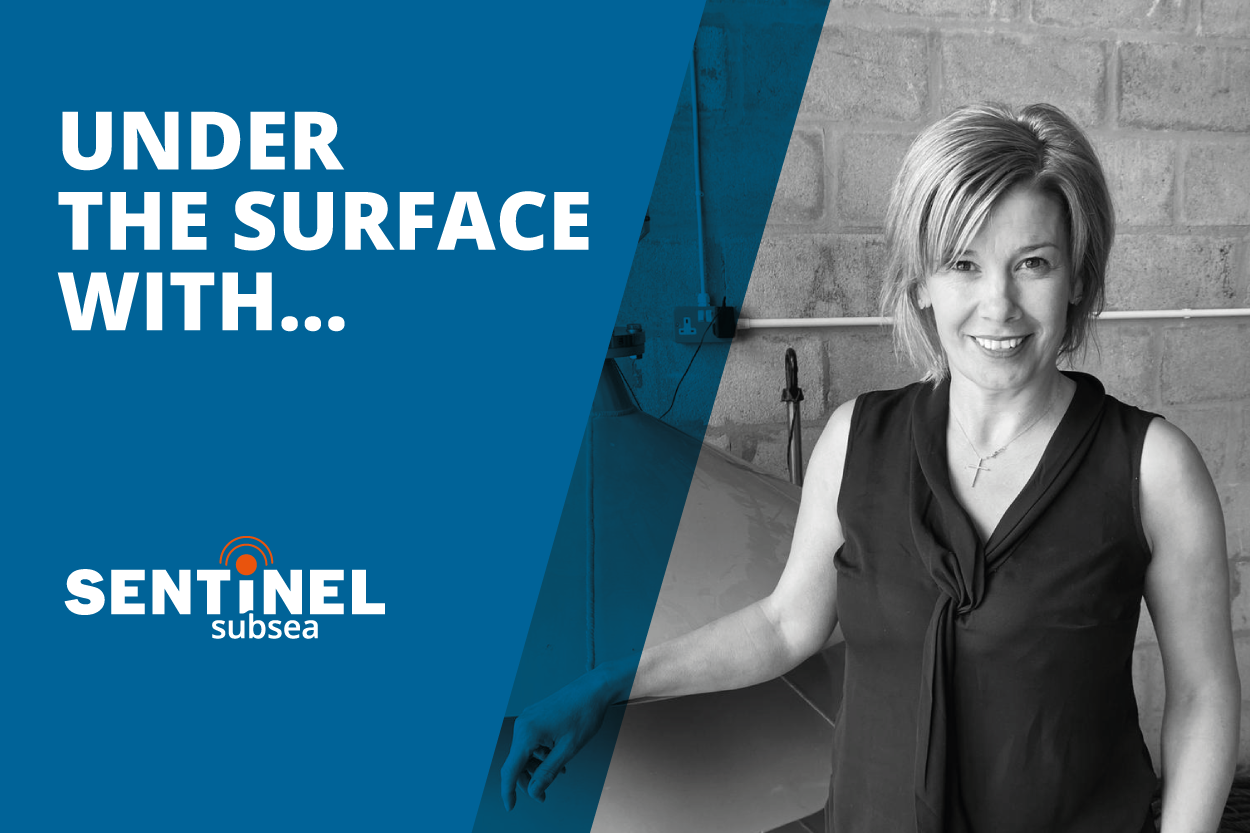 Under the Surface with...

Whilst Jackie hasn’t been working with Neil constantly during the past 25 years, she joined the company as Business Administrator back in September 2019. It’s a varied role, which calls upon Jackie’s considerable experience, and has also seen her taking on some tasks she maybe didn’t expect at the beginning.

Jackie is the fulcrum of Sentinel Subsea. Her administrative skills keep the company running smoothly; from appointments and accounts to material procurement and marketing, Jackie’s impact on the company has been known to extend to donning a pair of overalls and helping unload the latest shipment of equipment.

Talking about the past 25 years, Jackie feels that the traditional role of administrator or PA has evolved considerably. She’s seen this herself in previous roles at BJ Tubular Services (where she first met Neil), Dolphin Drilling and Bristow Helicopters, where was responsible for a number of activities - all of which Jackie feels have contributed to the evolution of the administrator/PA job spec. Her experience ranges from client event management to tendering work and beyond. She is also experienced in elements of Human Resources and SAP.

So what is it about Sentinel Subsea that appeals to Jackie?

“I’ve spent the majority of my career working in the E&P side of the offshore industry; working for Sentinel Subsea brings a whole new perspective, as our mission is to ensure a safe environment when the production stops.

“Bearing that in mind, I feel like I’ve got an overarching view of the industry and can bring my previous experience into play, whether that’s liaising with operators, brainstorming with the Sentinel Subsea team or ensuring that we’re in the right position to continue to innovate.

“Sentinel Subsea is newly commercialised and it’s exciting to be a part of that journey – especially with the increased operator interest we continue to receive. We’re not a big company and we can’t rely on hundreds of people to get the job done. That has made for a really close-knit team and we all feel responsible for the success of the company. As we continue to go from strength to strength, that responsibility is hugely satisfying.”